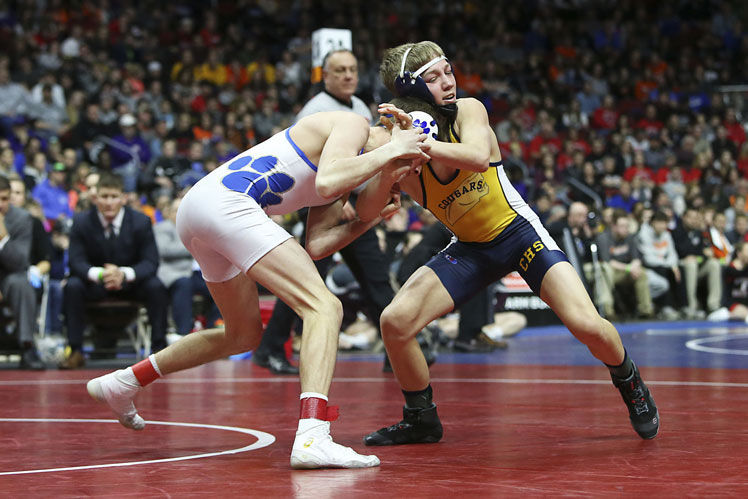 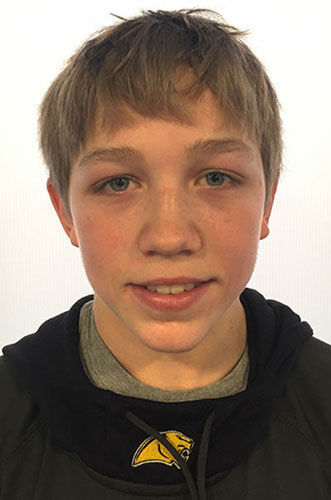 An off-season injury has not slowed down Cascade junior wrestler Aidan Noonan.

The Telegraph Herald Athlete of the Week extended his winning streak to 81 after winning the 126-pound title at an Iowa Class 1A sectional wrestling tournament Saturday at Lisbon. He will look to earn back-to-back trips to the state tournament this weekend when he competes in the district meet.

“Aidan was still recovering from an injury during the first part of our season, but he is fully recovered and has picked up right where he left off,” Cascade wrestling coach Travis Andrews said.

Noonan suffered a stress fracture in his lower back during the summer while competing in freestyle wrestling.

“That was the first time I’ve ever had a major injury, and it was very frustrating for me,” Noonan said. “I was doing physical therapy and pilates to try to heal the injury as quickly as possible, but I still wasn’t 100 percent at the beginning of the season. To not be able to compete with just two seasons left was very hard for me, so I was really happy to finally get back on the mat at full strength.”

Noonan returned the week after Christmas, and has won all 32 of his matches since then, including his third River Valley Conference championship.

“I just want to win every match,” Noonan said. “I am taking it one match at a time, but obviously the goal is to get back to state and win another state title.”

Last season, Aidan won the program’s first state championship while going 49-0 as a sophomore at 113 pounds.

“I have a lot of experience from last year, and I was named a team captain this season,” Noonan said. “I enjoy helping the younger guys out and having the team look to me as one of their leaders. I want to be able to show them that hard work pays off.”

Added Andrews: “Aidan is always looking to improve and do whatever he can to become a better wrestler. He has really improved his strength since last season, but he is still not satisfied. He has something to prove, and he is hungry for more state titles.”

The road to state won’t be an easy one, with a three-time defending state champion Adam Allard (West Sioux) on the hunt for his fourth state title.

“I hope I get the chance to wrestle him,” Noonan said. “To be the best, you have to beat the best.”

Added Andrews: “Aidan is one of those ideal kids you dream of coaching. He’s a great kid and just a nice person to be around. I am excited to see what he can do during the remainder of his high school career.”