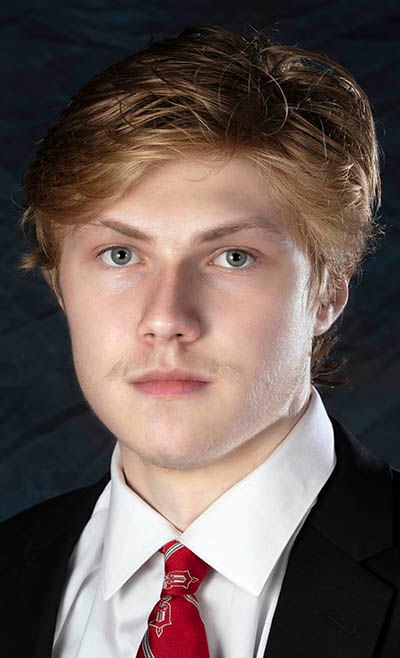 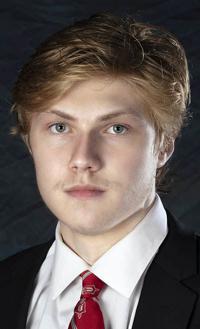 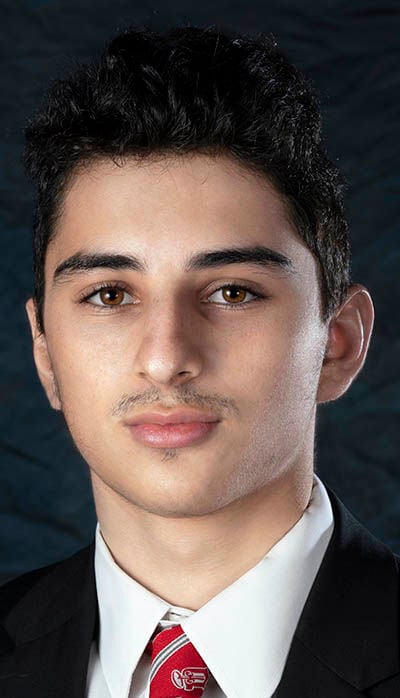 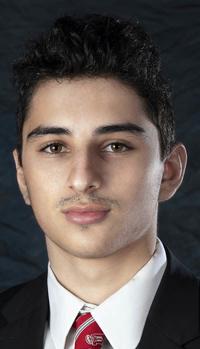 Hobie Hedquist came up with just the game-changing save the Dubuque Fighting Saints have been needing.

Late in the first period with the Saints clinging to a one-goal lead, the rookie goaltender denied Muskegon sniper Danil Gushchin on a shorthanded breakaway. Just as quickly, the Saints counterattacked and scored at the other end of the ice.

Hedquist stopped 22 of 25 shots to backstop the Saints to a 5-3 victory at Muskegon on Wednesday night. He earned his first victory of the season while lowering his goals against average to 5.13 and raising his save percentage to .800.

“When I saw him coming down, I really didn’t know what to think,” Hedquist said of the San Jose Sharks prospect. “He tried to go between his legs, the puck happened to hit me, and we went down and scored. Pretty big turn of events right there. Instead of being tied, we’re up, 2-0. It felt pretty good.

“It’s big to get that first win out of the way. Now, I just have to build on it. Hopefully, the team can build on this win and the last two weekends we’ve had.”

The Saints (3-11-0) scored three power play goals to leapfrog Youngstown and move out of last place in the Eastern Conference with their second win in three outings. They also beat USA Hockey’s talented U18 squad before the holiday break.

In between, they suffered a 7-1 loss to Muskegon on Tuesday night. But the most-lopsided loss in the 11-year series history only served as motivation. Muskegon won the first five meetings this season.

“Obviously, you have no choice but to bounce back from those type of games,” said Daniyal Dzhaniyev, who scored the eventual game-winning goal. “Tonight, we came out with a positive mindset and a lot more energy and we were willing to leave it all out on the ice.

“It’s a big relief to beat them, because we didn’t want to get swept by them again. But beating the NTDP a couple of weeks ago proved we could bounce back against a good team, even if they beat us the previous night.”

For just the second time in six meetings, Dubuque scored the first goal of the contest on Robert Cronin’s sixth of the season. Max Montes feathered an outlet pass off the left wing boards to Kenny Connors, who carried into the Muskegon zone and fed Cronin for a quick shot over goaltender Jan Skorpik’s shoulder at 2:40 of the first period.

Stephen Halliday doubled the lead with his power play goal at the 16:13 mark of the first, just seconds after Hedquist’s big save. Dubuque quickly countered on Braden Doyle’s outlet to Connor Kurth. Kurth found Cronin in the corner, and Cronin centered a pass to a trailing Halliday, whose wrist shot through traffic beat Skorpik for his fourth goal of the season.

Dubuque made it 3-0 with a Tristan Lemyre power play goal at 10:03 of the second period. Riley Stuart won a battle below the goal line and cycled the puck around the perimeter to Doyle, who dished to Dzhaniyev in the right faceoff circle. Dzaniyev sent a pass through the high slot to Lemyre for a one-timer from the left faceoff circle.

Muskegon stole the momentum with a pair of goals in the final five minutes of the second period. Quinn Hutson capitalized on a Dubuque turnover for a quick goal at the 15:15 mark, and Tanner Kelly scored on the rebound of a Bradley Marek shot 2:01 later to make it 3-2.

Dzhaniyev nearly made it 4-2 when he jumped on a loose puck in the blue paint. But Muskegon defenseman Tyler Dunbar stepped in front of an empty net to deny a potential goal.

Dzhaniyev did make it 4-2 with another power play goal at 15:22 of the third period. Lemyre fed him a pass from below the goal line, Dzhaniyev fanned on his initial shot but regrouped and wired a shot past Skorpik for his sixth goal of the season.

But P.J. Fletcher hit an empty net with 34.7 seconds remaining in regulation to seal the victory. He shot from the center red line for his third goal of the campaign.