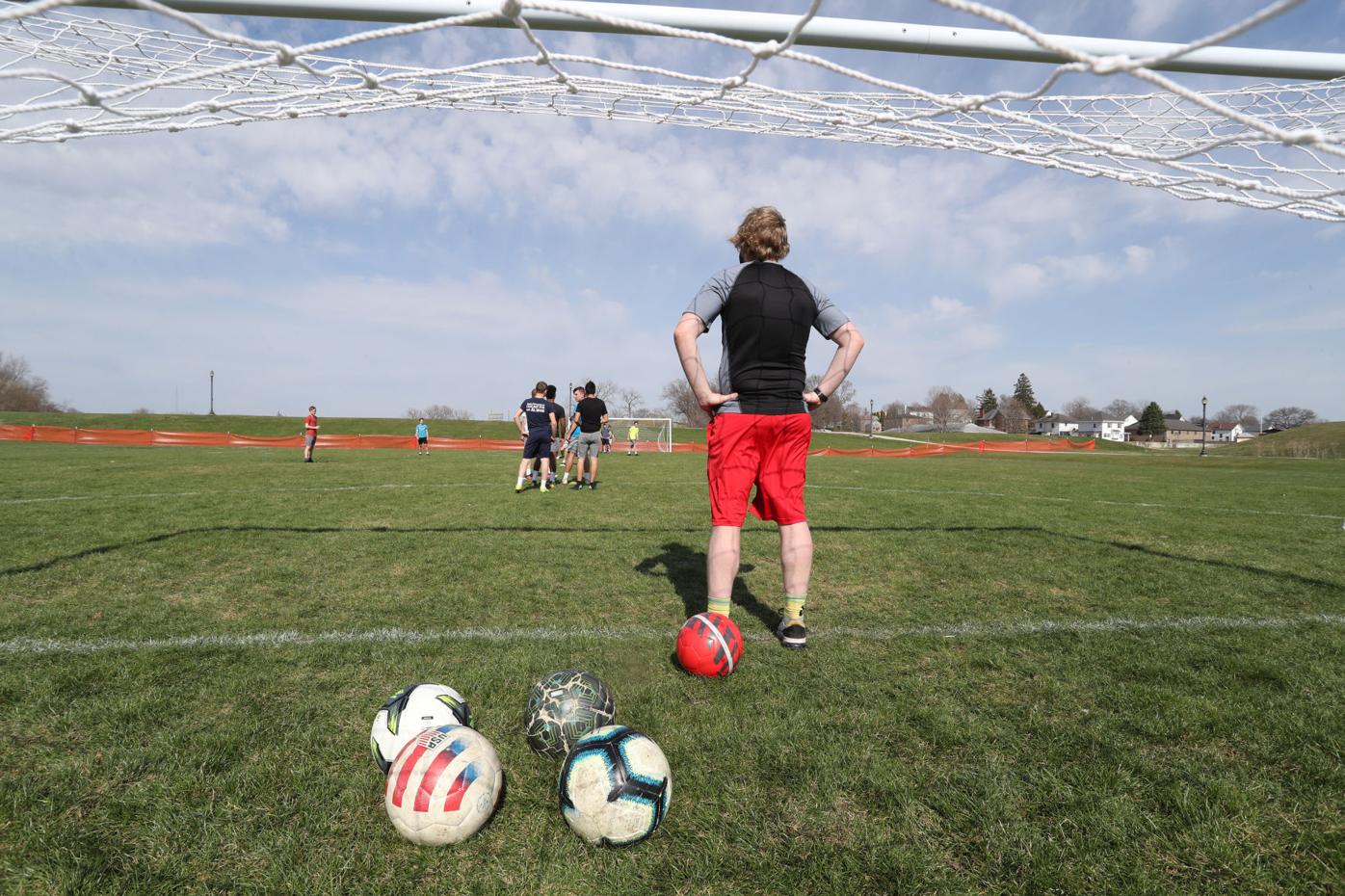 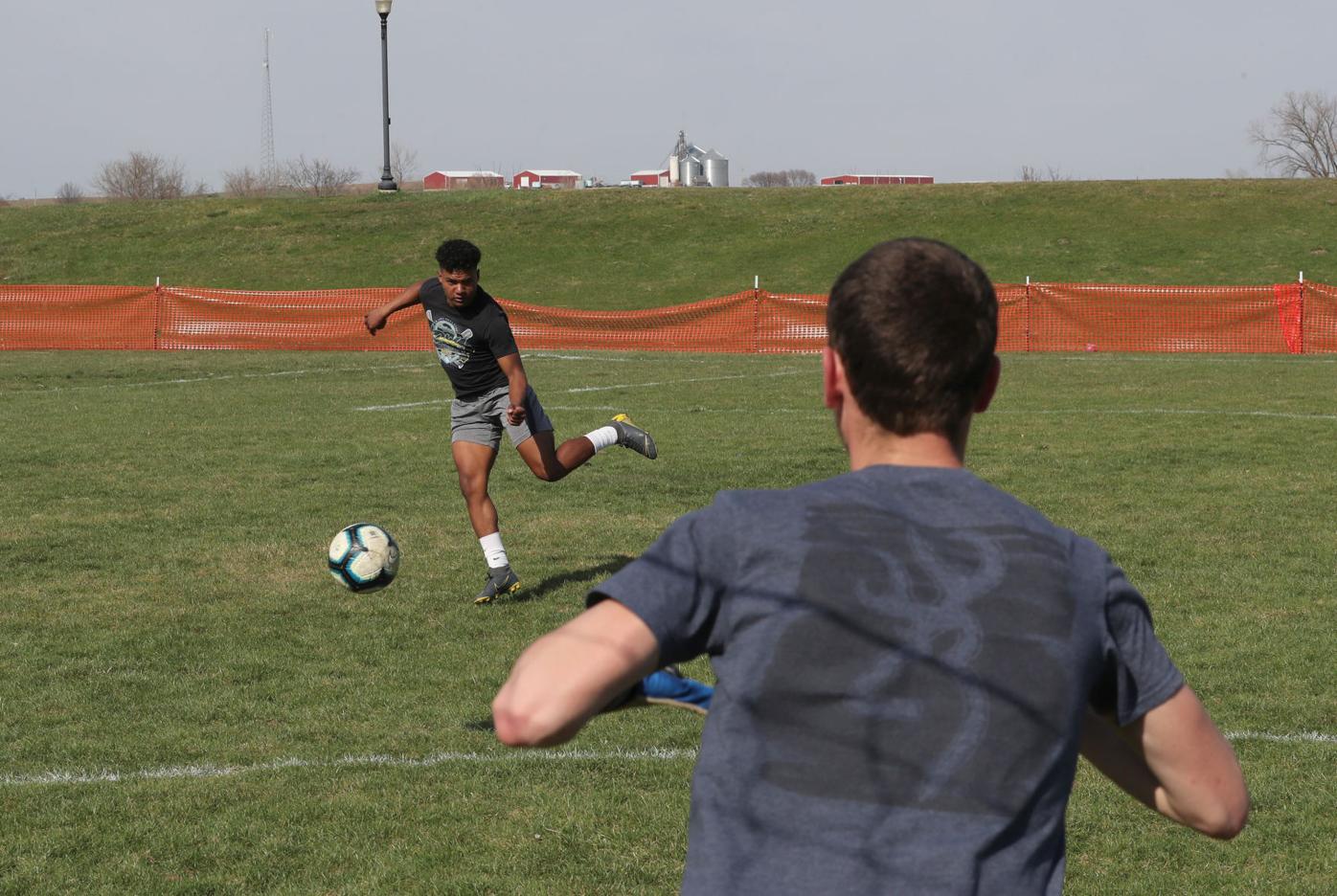 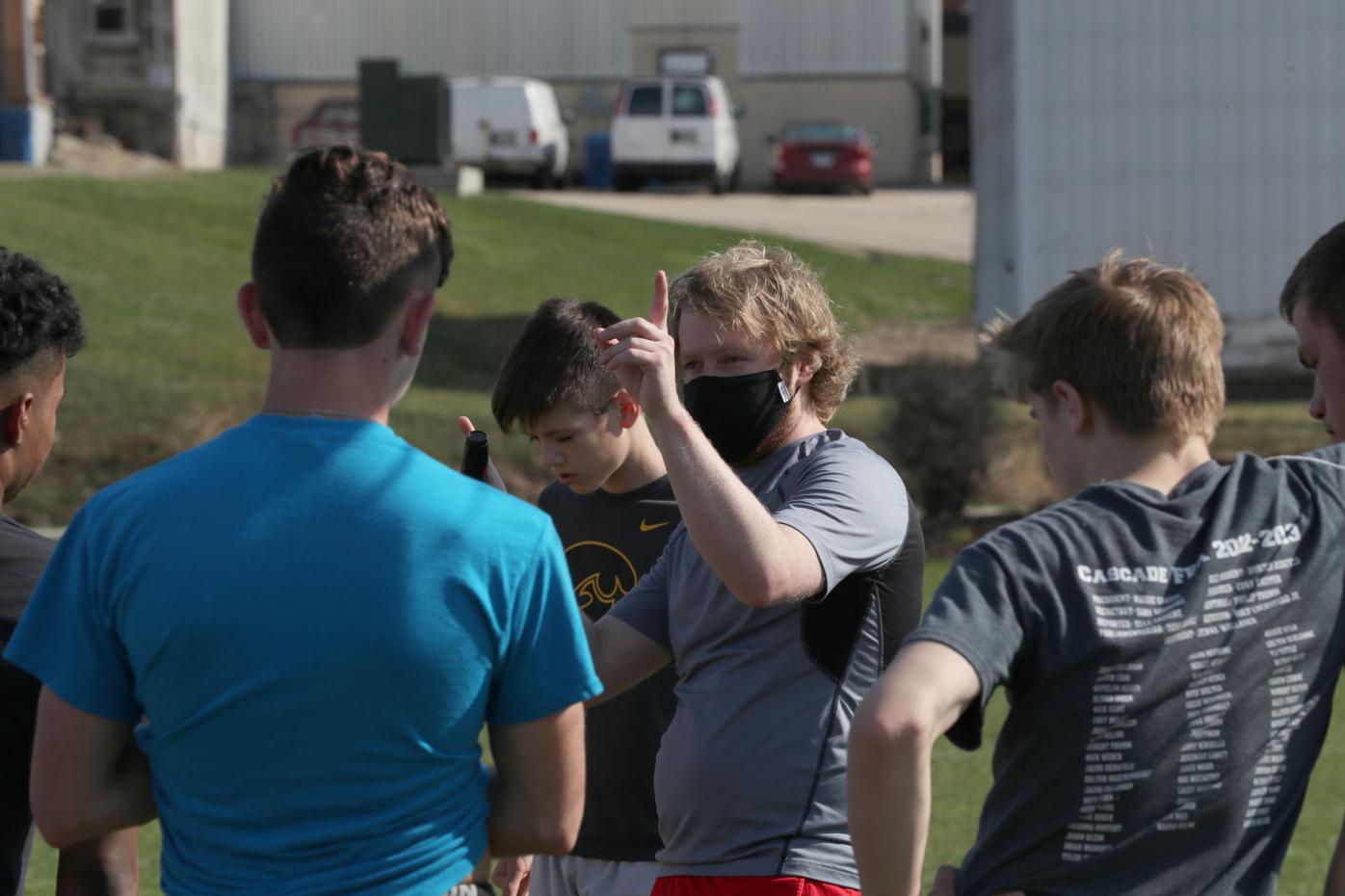 The questions had been asked for a long time.

Tim Nieman wasn’t sure he’d ever have a satisfactory answer. Neither did Dan Pierce.

But a year after the entire spring season was wiped out by a worldwide pandemic, the answer was finally yes.

“I’ve been asked a lot of times over the years, why can’t we do this in high school?” said Pierce, who has directed Guttenberg’s youth program for the last eight years and is also serving as the first head coach in the Clayton County high school’s history. “I guess we finally got to the point this past summer that I got asked so many times by so many more people, like, why don’t we do this?”

Nieman was receiving those same questions in Cascade, where he describes the program as a grassroots effort with many voices.

Clayton Ridge opened its inaugural season with a 3-2 loss at Postville on Thursday before earning its first-ever victory, 8-0, at West Delaware on Monday. The Eagles’ first home game, though, won’t come until May 4 — also against Postville.

Cascade makes its debut tonight at home against Tipton.

Boys from the southwest corner of Dubuque County have long played soccer as part of the summer rec league in Dyersville. A few years ago, a handful of players joined nearby Western Dubuque High as part of a co-operative program.

That number continued to grow, but it still wasn’t as big as it potentially could have been.

“The first year it was, I think, two players and then it was three, and we gradually saw more and more involvement to where it was seven or eight players playing with them,” said Nieman, a longtime assistant and junior varsity coach with the Western Dubuque boys and girls programs who also assists in the rec league. “I knew there were a few players that played in the summer, played with their friends, but didn’t drive all the way up to Epworth. A lot of the players and a lot of the kids I knew wanted to play, but they didn’t want to play for the other school.

“So, to try to give them an opportunity to represent their own community and play with their friends and play for their own school, we did some polling and we saw that we finally had the numbers that we could support our own program.”

And so the Cougars went for it. The roster stands at 17, including three who played for Western Dubuque in 2019.

“I was pretty excited,” said Willy Lynch, one of Cascade’s three returning veterans. “I did kind of worry about the numbers, because I didn’t know who all would want to go out. The numbers should be a good amount. It’s nice to have that many on the bench just to sub in and out.”

FROM THE GROUND UP

Pierce has been involved with soccer in Guttenberg since the small river town first founded its youth program in 1986.

It had been a goal to add varsity soccer to Clayton Ridge’s athletic program, but it never quite came together. In the late 1990s, wrestling and soccer received another push for inclusion. The school added wrestling, but soccer was left by the wayside.

Club soccer for high school-age players came to Guttenberg in 1998.

“The push to get soccer in the high school kind of died off, I guess,” Pierce said. “They didn’t really try it again, or nobody really pursued it seriously again.”

Pierce has been running the youth program since his eldest daughter was old enough to play.

There have been plenty of reasons why.

Cascade is not a large town. Guttenberg is even smaller.

Clayton Ridge, based in Guttenberg and drawing students from the surrounding communities, has just 153 students in ninth through 11th grades, making it the 223rd-largest of Iowa’s 365 high schools.

“The concern was, we’ve got golf and track in the spring and there’s a spring musical and lots of different choir things going on. There’s just so many activities in the spring, the thought was, we don’t have enough kids to do this,” Pierce said.

So, nobody really pursued it. Until last summer. When the round of questions started rolling in, Pierce took a deeper look at participation numbers.

What he saw surprised him.

“Even with this COVID year last year, I had over 130 kids in our youth program, first grade through 12th grade,” he said. “That comes out to 10-11 kids per grade, so if you start doing the math there, there’s enough people involved to do it. Then the big thing was, how do we do it with these other sports at the same time?

“We talked to the coaches of those programs and talked to some school administration personnel. In order to do this right, coaches are going to have to work together. There’s going to be some give and take. And we’re going to have to allow kids to do multiple activities. We can’t make them choose, otherwise it’s going to hurt everybody.”

Nieman’s pitch to prospective players was simple: Take this opportunity to participate in something historic.

“I know you guys are playing this sport in the summer, I know you’re playing with your friends, so let’s play it to represent our community. And if you haven’t played it before, it’s another game where you get to have some fun with your friends, you get to be physical, you get to challenge yourself, and you get to create some history,” Nieman recalled saying. “This is a one-time opportunity that your school is starting a soccer program. Whatever you do this year, you’re creating history. And that’s an awesome opportunity, and an awesome responsibility — if you’re there, you really have to show up. You really have to represent for your school.”

Athletic booster clubs have been vital in each program popping up.

The financial investment could potentially be overwhelming — Pierce said purchasing new goals could cost in excess of $10,000, not to mention practice and game equipment plus field maintenance.

“They’ve been super supportive in getting me everything I’ve asked for,” Nieman said. “I’m not asking for crazy things, but getting us the goals, getting us the nets, getting us balls, getting us practice jerseys — getting all that stuff lets us operate like a normal team and not just people who are messing around outside. Without the support from the school and the booster club, this season would be much harder than it is.”

Guttenberg’s Kann Manufacturing stepped in to fabricate new goals for the Clayton Ridge program. Both teams will be playing on their schools’ football fields.

There have also been angels in the community who just want to see the youth thriving.

“I know there’s a lot of expense in getting things started for the first time and we’ve just had people, without us pursuing it, step up and want to pay for things. That’s pretty awesome,” Pierce said.

Both coaches expect the typical growing pains that come with starting a program from scratch.

It’s hard to expect a first-year program to reach the state tournament, let alone win a state title — but it sure is the aspiration of every player on the team to reach that stage.

But with a step up in competition level comes changes in coaching.

Pierce and Nieman both said their coaching styles have changed now that they’re in charge of their own varsity programs.

In Pierce’s case, he coached a lot of his players in youth soccer. But that is a vastly different game than high school; practices and games are usually limited to once a week for a month or two. There’s a lot more focus on detail, too.

“These are a lot harder practices than these kids are used to in the summer. I thought I was going to get some backlash from them a little bit,” he said. “They’re used to me coaching them, just not at this level. Surprisingly, to this point they’ve been super enthusiastic and super hard-working. And really willing to learn the new things I’m trying to get them to figure out.”

“That’s going to be huge for us,” he said. “I’ve already seen some of that leadership, ‘hey guys this is different from what you’ve seen in the past just playing for fun. We’re going to ask more of you. It’s going to be more physical. You’re going to have to step your game up a little bit. You can’t take 10 seconds off because you’re messing around, you’ve got to be more focused.’ And those players have a little more credibility, a little more respect, and they’re able to ask more of their teammates.”

As far as measuring the level of success in the first season? That will be easy.

“We just make sure everyone gets involved,” Cascade’s Trever Freiburger said. “Everyone gets to play. Win or lose, it doesn’t matter if everyone has fun. This is the first year Cascade has had a team.”

Both programs see this just as the starting point.

Cascade right now is a varsity only program, but the hope is to eventually draw in enough athletes to field a junior varsity team.

Clayton Ridge is playing co-ed, with about 10 girls on the roster of 36. The Eagles will play both varsity and junior varsity this season with the hope to eventually add a girls program.

“We’re used to playing co-ed, that’s what that summer club program is and what they play as youth, but I know our girls right now would be a really tough team if we just had a handful more of them,” Pierce said.

But everyone involved is just happy to see this season come.

“I’m really grateful for the people that started (the Guttenberg program back in 1986), and now being a part of adding another layer to this, yeah, I’m extremely proud of where we’ve come from and where we’re hopefully going here,” Pierce said. “I think we’re at the tip of the iceberg here. I’ve already talked to even some younger kids in the junior high level that don’t play, have never played soccer and now because we have a high school sport, they want to play.

“I don’t think we’re leveling off here, we’re still growing yet. So it’s kind of neat to be a part of the whole evolution of where it’s come from.”