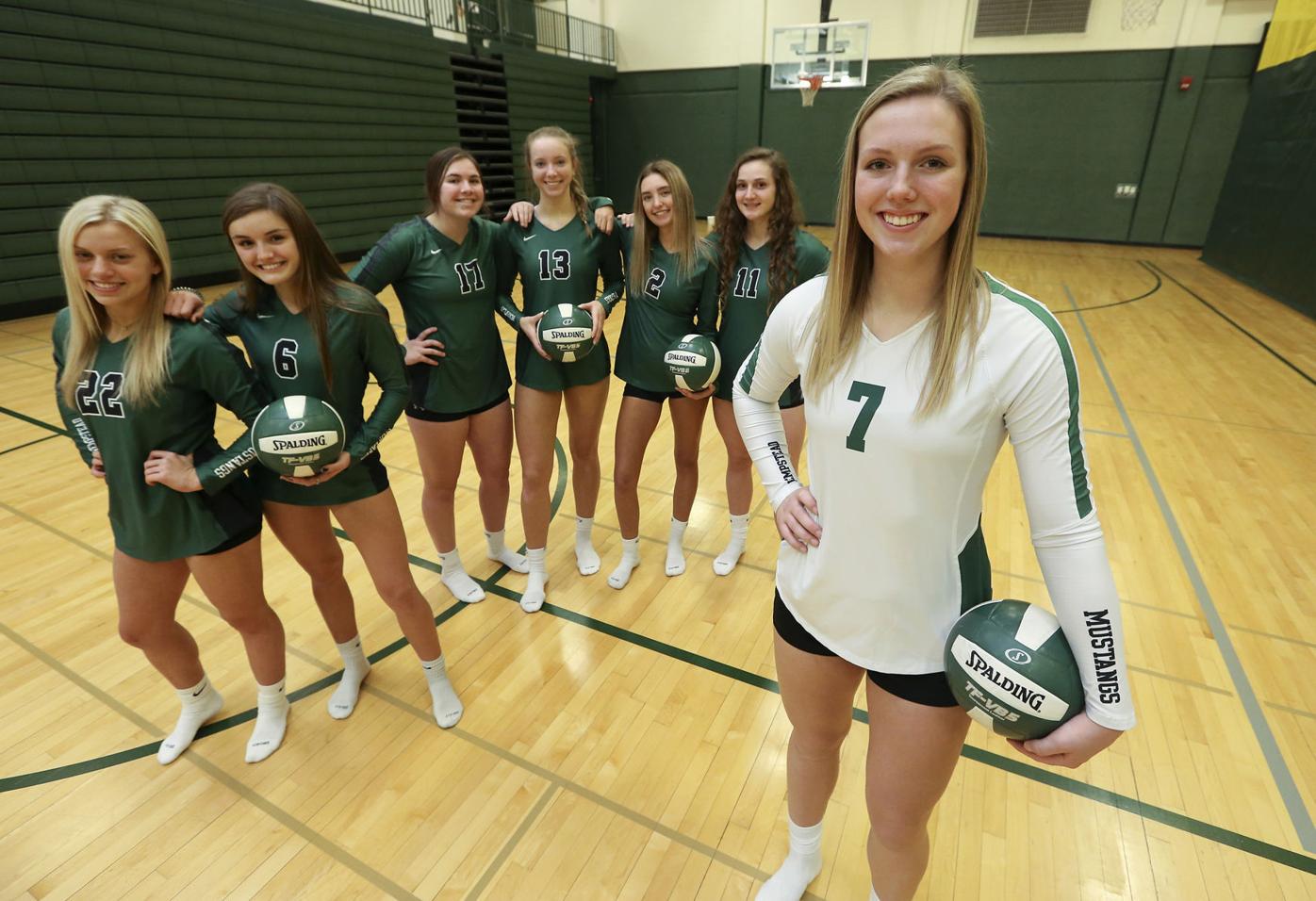 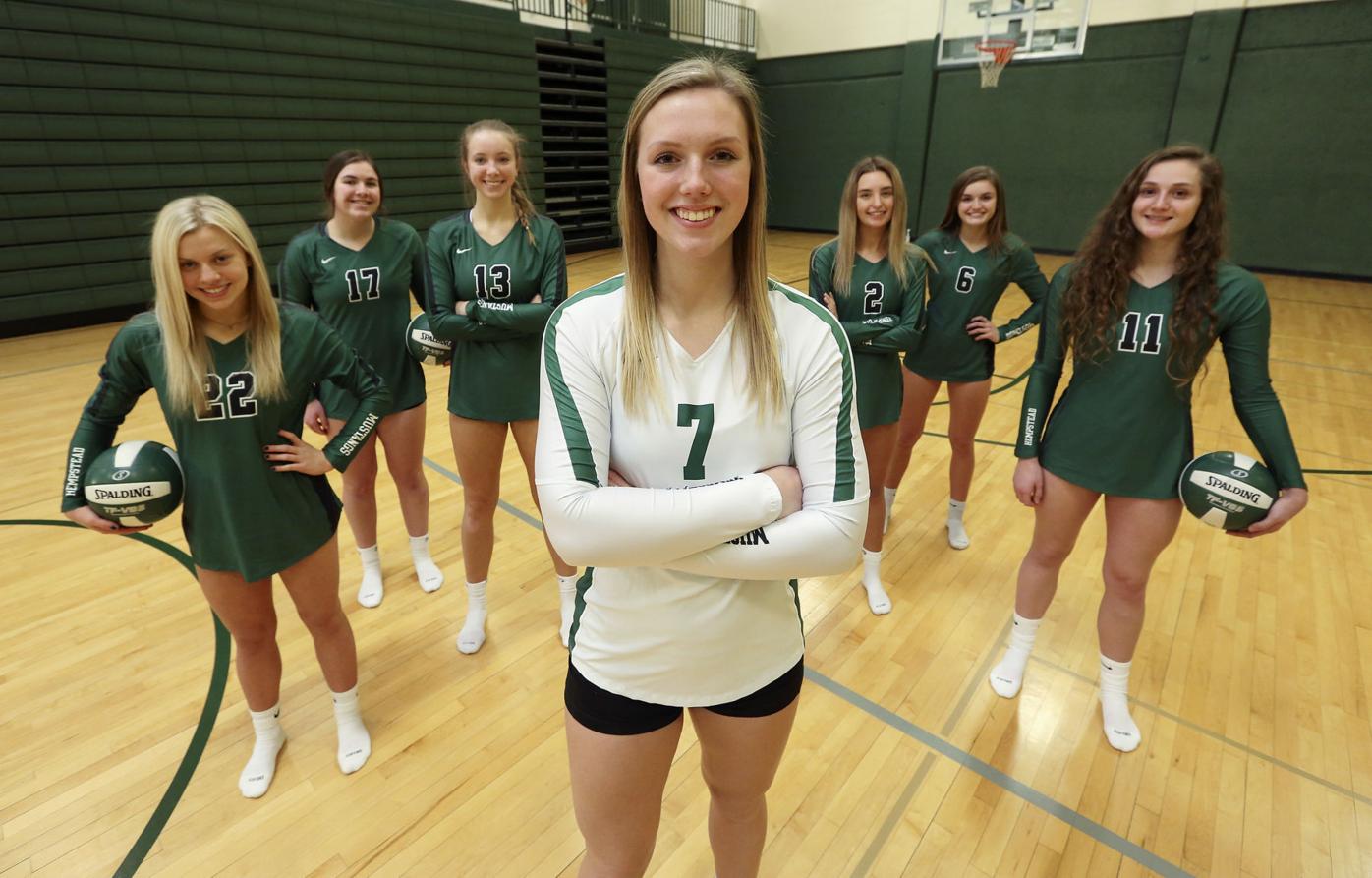 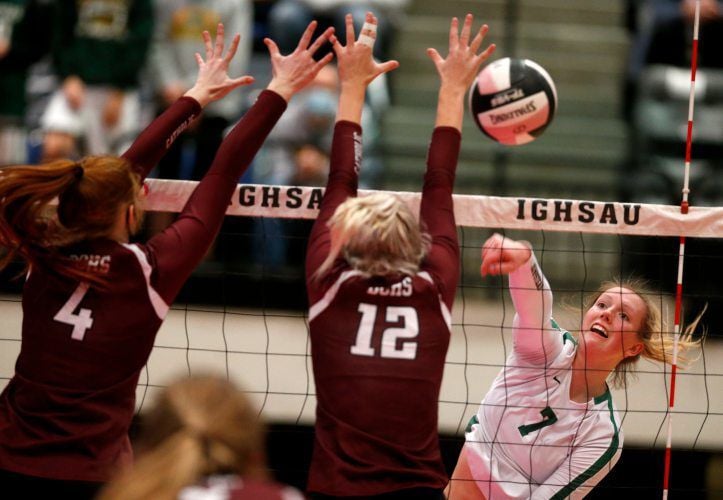 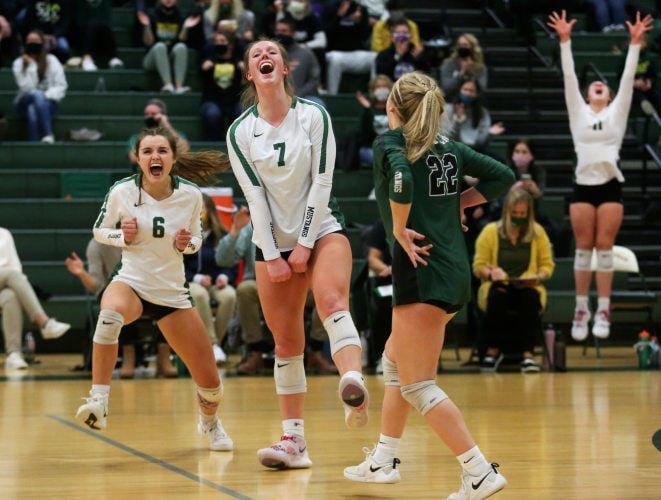 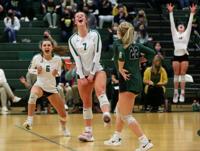 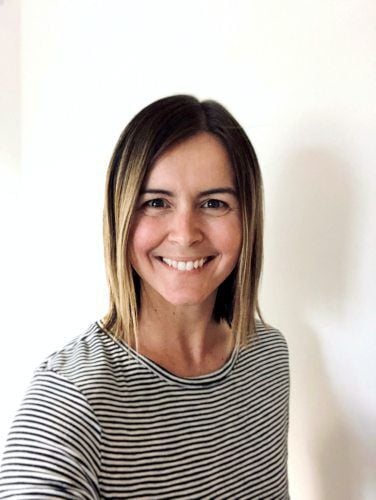 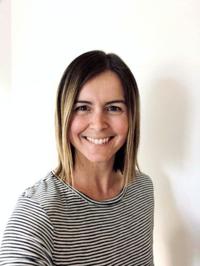 For Corinne Meier, it always came down to one thing.

But also, hitting the holy hell out of a volleyball.

“Clearly she is a very talented individual on her own, with an amazing ability to hit the ball,” Hempstead second-year coach Jacque Arensdorf said. “But even on Day 1, she came up to me and the other coaches immediately and asked, ‘What can I do to help this year?’ She was willing to do anything. Right away, she was a team player. It wasn’t about breaking records for her, or being recruited by D-I schools, it was all about the team and it never changed with her from Day 1. It was always about the team for Corinne.”

If the Dubuque Hempstead star needed to take 70 swings in a match for the Mustangs to get the win, she’d do it, even if her arm felt a little like Jello for the next few hours.

“Sometimes I’d be pretty tired by the end of a game,” Meier said. “But for me, I’d rather have a good team loss than one or two players playing really well, we win but don’t learn anything. It’s about getting better as a whole. Everyone putting in their all and reaching a goal together. This season, it really was about relying on everyone as a whole.”

When it came to being a team player and striking the ball with extreme force this season, not many were better in Iowa than Meier, the 2020 Telegraph Herald All-Area Volleyball Player of the Year.

“She makes everyone around her better,” Arensdorf said. “She’s a problem-solver, a natural-born leader and she’s always up for a new challenge. During this unprecedented year, she certainly made us better coaches, too.”

For her senior season, Meier was determined to reach the Iowa state tournament once again — she, along with Morgan Hawkins and Leah Moeller as freshmen, contributed on the Mustangs’ state qualifying team of 2017. Since then, Hempstead has endured a couple of close calls in regionals that landed short of Cedar Rapids.

“I think my freshman year, I was so blessed with the seniors that we had and everyone on the team was amazing with an awesome work ethic,” said Meier, a Class 5A first team all-state selection by the Iowa Girls Coaches Association. “The seniors that year really had a huge role in me wanting to play in college and getting to the next level. We always pushed each other that year, and going to state was a dream come true. It was the third trip to state in a row at that point, so we helped keep the tradition rolling and it was great to be a part of that.”

Meier contributed immediately that season, finishing with 198 kills, 29 digs, eight ace serves, six blocks and one assist. She’s only gotten better, and has led the Mustangs in kills each of the last three seasons. As a sophomore, she contributed 289 kills, 88 digs, 49 aces and 22 blocks and then as a junior took another leap with 345 kills, 283 digs, 40 aces, 33 blocks and 11 assists.

“She has worked her tail off for the last four years,” Arensdorf said. “When you think about going through injuries and recovering like she has, plus the pain of taking 70 swings in one game and seeing what she’s done to her body, it’s incredible. It would beat her up every now and again, but you’d never see that on her face. She’s a really, really tough athlete. She’s worked really hard to get where she’s at.”

The Mustangs finished 20-6-1 this season and returned to the state tournament, powered by strong team chemistry and Meier’s best season yet. In a 3-1 victory over Linn-Mar in the regional final, Meier topped 1,000 career kills in the same match her setter of three seasons, Hawkins, surpassed 1,000 career assists to punch their return ticket to state.

“It was pretty special for both of them,” Arensdorf said.

Also in the win against Linn-Mar, Meier set a new school record for kills in a match with 38, topping Jada Wills’ recent mark of 36. But for Meier, it was just about getting her teammates to Cedar Rapids.

“As a freshman playing at state it was very intimidating,” Meier said. “I just felt intimidated and wanted to get back there, just to play and have fun. That’s honestly what happened this year. The two years prior we had some decent teams, but this year was just different. We really connected as a team and had one common goal and wanted to do it for each other. That was the driving force and it was an amazing bond we had this year.”

Meier received unanimous all-Mississippi Valley Conference first team honors as the Mustangs drew the No. 8 seed at state, matching up with top-seeded and perennial power West Des Moines Dowling in the quarterfinals. The Mustangs closed their season with a 23-25, 25-15, 25-17, 25-17 defeat, but Meier had her chance to shine on the state stage one more time, finishing with a match-high 19 kills along with 10 digs, two aces and two assists.

“Leah, Mo and I were the only three that had been to state before, so we all knew what that experience was like and how amazing it is,” Meier said. “We just wanted to experience that again and it really is once in a lifetime. So many players never get that opportunity, so we gave the younger players the big picture of what it’s about and that was the driving force. It made everyone work so hard and we reached our potential making it there.”

Arensdorf believes it was a fitting end to Meier’s terrific career to play on the state stage one final time.

“Ultimately I think she was just happy to have a season to begin with,” she said. “We had that stress all season of wondering if COVID would shut us down, but to have that opportunity to have a season and to play at state was huge for us and huge for her. She was there in 2017 with an incredible group of girls, and it was definitely a goal of hers to return. But, I don’t think it was a goal for her to get there, it was a goal for her to get the team there.”

“She was our go-to person on offense,” Arensdorf said. “She could ultimately hit out of every single position on the court. We depended on her when we needed to get points on the board, and we depended on her to keep everyone motivated as well. She was that go-to person on offense, but she always was thinking about all of her teammates. It wasn’t apparent at all when you looked at her that she was thinking about herself. It was always the team first.”

“I think honestly it was just about getting better every day and working hard,” Meier said. “Pushing other people to be their best, also. This year I really tried to take on that leadership role to get everyone excited about playing. I tried to work on the mental side of things while also getting stronger on the physical side of things.”

Years of hard work paid off for Meier, who received a full-ride scholarship to play Division I volleyball in Conference USA at Middle Tennessee State University in Murfreesboro, Tenn.

“I am so excited,” said Meier, who won’t be playing basketball for Hempstead this winter but will still golf in the spring. “I’m excited to be far away and experience new things, but really just to get down there and meet all the girls. After committing, they all reached out to me and the atmosphere and coaches are amazing. I just can’t wait. I’m so excited for this next step.”

Arensdorf believes the Blue Raiders will be very happy in investing in one of Hempstead’s all-time great volleyball players.

“I had the opportunity to talk to the coaches there a while ago, and just seeing her grow so much in the last two years, I really look forward to seeing how much further she’s going to go,” she said. “I congratulated the coach because I really believe they have gained an incredible player on and off the court.”

While the future couldn’t be brighter for Meier, the ultimate Mustang and team player didn’t want to put the final period on her Hempstead career without giving credit to those around her.

“I couldn’t have ever gotten this awesome award without my teammates, my coaches and my parents, of course,” she said. “They have been a huge part of it all.”

TH Players of the Year