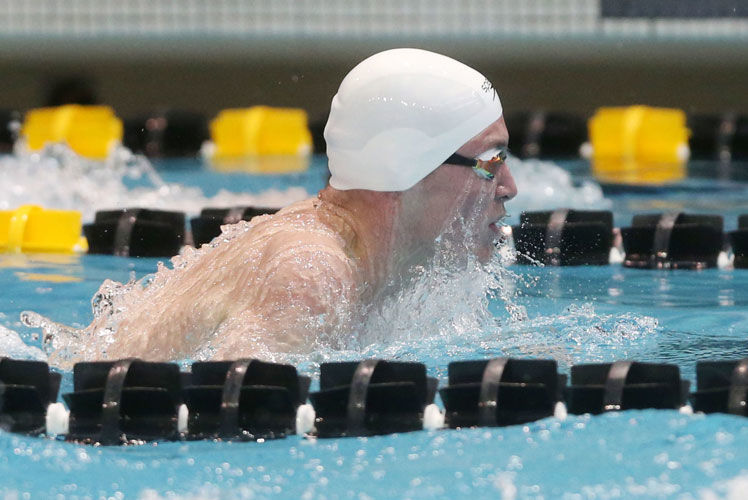 Dubuque Senior’s Pierce Casper competes in the 100 yard breaststroke at the state meet last year. Casper won the event Saturday afternoon at the Clinton District and earned a return trip to state. 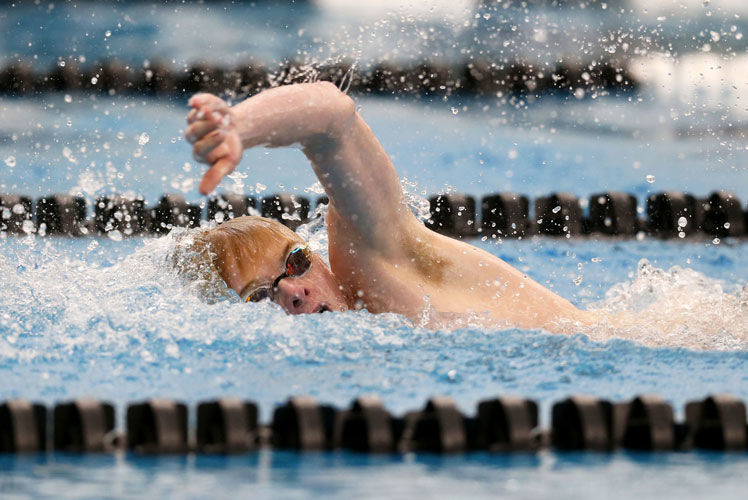 Dubuque Senior’s Pierce Casper competes in the 100 yard breaststroke at the state meet last year. Casper won the event Saturday afternoon at the Clinton District and earned a return trip to state.

Pierce Casper felt pretty good in the water Saturday afternoon, but he surprised even himself when he glanced at the scoreboard at Clinton High School.

Casper, a senior at Dubuque Senior, went 59.78 in the 100-yard breaststroke, to win a district title and earn a berth in next week’s Iowa state swim meet in Iowa City. He joined Hempstead sophomore George Holesinger, who went 1:45.96 in the 200 freestyle, as Dubuque swimmers to reach the top of the podium on Saturday.

Hempstead finished third in the team standings with 237 points and advanced seven events to state, while Senior took fifth in the nine-team field and advanced four events. Bettendorf won the team title with 449 points.

“I had a pretty good start, and I felt pretty quick, but I didn’t think I was going quite that fast,” said Casper, who edged Hempstead’s Tate Billmeyer by .41 seconds for the title and is seeded seventh at state. “I was honestly a little surprised when I looked up and saw that I won. It was a pretty cool feeling to know that I would be going to state.

“Today was the happiest I’ve been in a while, and it gives me a lot of confidence going into state next week. Hopefully, I can get a good seed for state and have another big day down there.”

Holesinger set a school frosh/soph record with his 1:45.96 time, which beat Pleasant Valley’s Ryan Vance by .83 seconds. His next target will be Hempstead’s overall school record in the 1:44s set by his older brother, David, who now runs cross country at the University of Northern Iowa.

“At this time of the year, it’s all about tweaking little things — like your turns and your streamlines — so you can perform your best, and I feel like I’m pretty close to that,” said Holesinger, who played basketball as a freshman but switched to swimming this fall. “It means a lot to win a district title, because my brother did that. Now I want to get his record. It’s just kind of a brotherly competition.”

It’s been an odd year for both city schools, who began the season on the road until the Dubuque Community School District officially opened its new aquatic center last month.

“Our guys did a great job of stepping up and facing the adversity all year, like not knowing where or what time we’d be practicing some days,” Hempstead coach Rick Loeffelholz said. “We just had the mentality that we’d go our fastest when it matters the most, and that’s what we did today.”

Senior advanced the fifth-place medley relay of Gavin Hall, Brian Day, Josh Rusch and Casper and the fourth-place 400 free relay of Rusch, Cole Wolbers, Matteo Barzagli and Hall. Hall also qualified for state with a fourth in the backstroke.

“We saw time drops across the board, which is all you can ask for at this time of the year,” Senior coach Jesse Huff said. “That’s pretty much how we design our taper, so we’re not totally surprised by those time drops.

“Hopefully, we’ll still have some left for next week at state. Now, it’s about giving them as much rest as possible so they’re ready to go down there.”