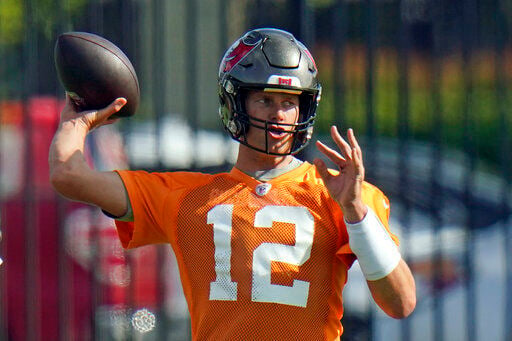 Tampa Bay Buccaneers quarterback Tom Brady throws a pass during an NFL football minicamp on Tuesday in Tampa, Fla. With all 22 starters returning, the defending champs are working toward a repeat. 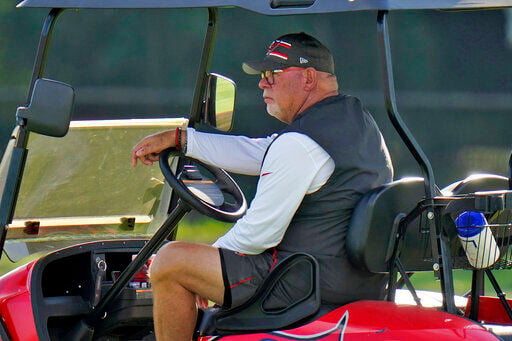 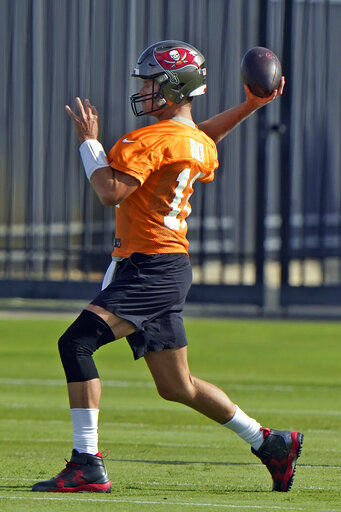 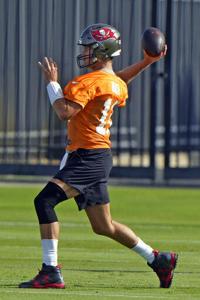 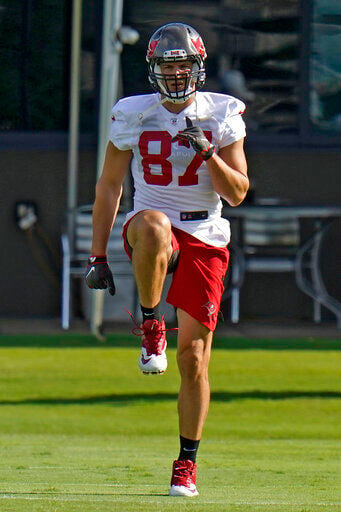 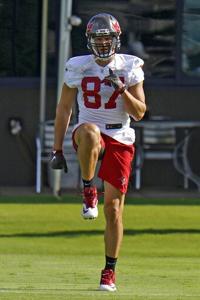 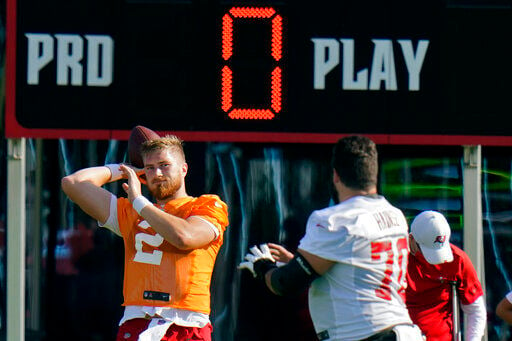 Tampa Bay Buccaneers quarterback Tom Brady throws a pass during an NFL football minicamp on Tuesday in Tampa, Fla. With all 22 starters returning, the defending champs are working toward a repeat.

TAMPA, Fla. — No keeping Tom Brady off the practice field.

The 43-year-old quarterback was a full participant Tuesday at mandatory minicamp for the Super Bowl champion Tampa Bay Buccaneers, taking part in individual drills and doing some 7-on-7 and 11-on-11 work.

The session came despite coach Bruce Arians saying last week there was a chance he’d limit Brady’s involvement as he recovers from offseason knee surgery.

“I don’t know how much I’ll let him do with guys chasing him around. ... He might be doing a lot of coaching,” Arians said then.

Brady wanted to work, though, and Arians liked what he saw from the seven-time Super Bowl champ during the opening session of a three-day minicamp that runs through Thursday.

“He looked fine. ... The only thing I didn’t want him in was the blitz period where some guys might get around him too quick,” Arians said, adding team doctors gave their blessing to Brady joining practice.

“They both said he was good to go, (but) we’d still be careful with what we’re doing with him,” the coach said. “Trying to stop him from playing is pretty tough.”

Brady and backup Blaine Gabbert worked with veterans on one field.

No. 3 quarterback Ryan Griffin and rookie Kyle Trask, a second-round draft pick who on Tuesday signed a four-year, $5,535,000 contract that includes a $1,385,000 signing bonus, worked with a group of mostly younger players on a second field.

Trask was the 64th overall selection in the draft. His deal leaves first-round linebacker Joe Tryon and third-round offensive lineman Robert Hainsey as the team’s only unsigned picks.

The start of minicamp came as the Bucs reiterated a commitment to giving themselves the best chance to repeat as NFL champions by giving general manager Jason Licht a contract extension and boosting Arians’ salary for next season.

While details have not been disclosed, Arians said he appreciates the club adjusting terms of a four-year contract he signed in 2019.

“It means the world,” Arians said. “They rewarded us for doing a good job. It wasn’t necessary, but they wanted to do it. I was really happy to see Jason’s extension. He very well earned it.”

Arians and Licht made good on a promise this offseason to do whatever necessary to keep as much of the club’s championship roster together.

As a result, all 22 starters are returning from last season.

Copyright 2021 The Associated Press. All rights reserved. This material may not be published, broadcast, rewritten or redistributed without permission.

The Atlanta Falcons, Dallas Cowboys, Detroit Lions, New York Giants, Los Angeles Rams and Washington Football Team are also holding their mandatory minicamps this week. The Eagles and Colts reworked their schedules and are off until training camp after finishing OTAs.

For Atlanta, it was the first time the Falcons hit the field since seven-time Pro Bowl wide receiver Julio Jones was traded to Tennessee.

In Dallas, quarterback Dak Prescott hasn’t been limited in his return from a major ankle injury. He’s participated in offseason practices but won’t take part in full-team portions of mandatory minicamp. Coach Mike McCarthy expects Prescott to be fully ready at training camp.

“He’s done everything. He hasn’t missed anything that’s been slated. He’s doing a lot of extra, frankly, so the anticipation would be for him to go every day is the outlook," McCarthy said. “We’re not naïve. It’s just like any player that comes back from injury, especially a major joint injury. The first year back there’s going to be some things you have to work through but I would anticipate we’d start with him in full mode, get him into the team periods and get back to playing football.”

Reigning AP Defensive Rookie of the Year Chase Young was on the field for the start of mandatory minicamp, his first appearance during Washington's offseason program. Young said a series of photo shoots and other opportunities kept him away from voluntary organized team activities but that coaches knew the situation and understood.

“I’m ready to rock,” Young said. “It just felt good being out there with my guys. I felt like a kid in the candy shop.”