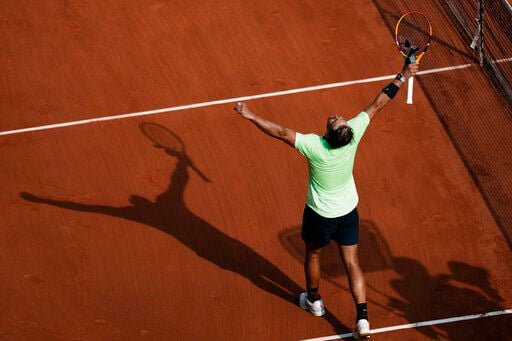 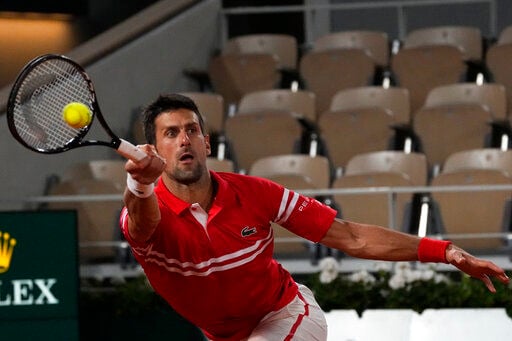 PARIS — A look at the French Open:

Novak Djokovic and Rafael Nadal will be playing each other for the 58th time when they meet in the French Open semifinals. That is the most matchups between any two men in the professional era of tennis. Djokovic leads, 29-28 overall, but Nadal leads, 10-6, in Grand Slam matchups and 7-1 at Roland Garros, including a straight-set victory in last year’s final. The other men’s semifinal today features No. 5 Stefanos Tsitsipas of Greece against No. 6 Alexander Zverev of Germany. Nadal is seeking his 14th championship in Paris and 21st Grand Slam title overall, which would break a tie he currently has with Roger Federer for the most by a man in tennis history. Djokovic is bidding for a 19th major trophy and a second at the French Open. Nadal owns a 105-2 career record at the clay-court major tournament — and Djokovic is responsible for one of those defeats, which came in the 2015 quarterfinals. Neither Tsitsipas nor Zverev has played in a French Open final or won a Grand Slam title.

STAT OF THE DAY

52 — Number of Grand Slam appearances for Anastasia Pavlyuchenkova before reaching her first major final, the most by a women’s tennis player.

QUOTE OF THE DAY

“I just told myself: ‘Just fight, fight, fight until the last point.’ I’m happy that I was really fighting.” — Unseeded Barbora Krejcikova, after reaching her first Grand Slam final by saving one match point and converting her fifth against Maria Sakkari.

Copyright 2021 The Associated Press. All rights reserved. This material may not be published, broadcast, rewritten or redistributed without permission.