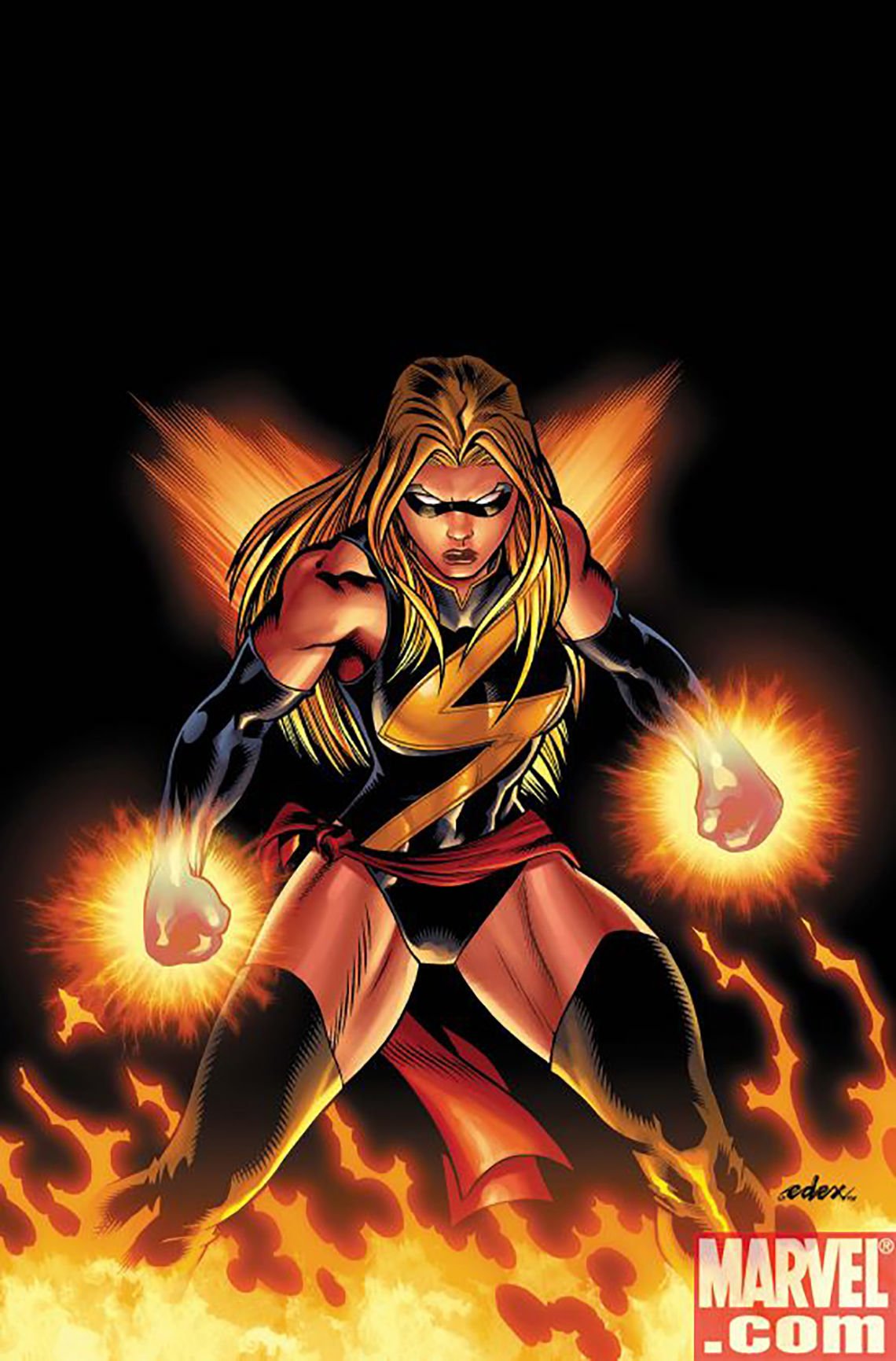 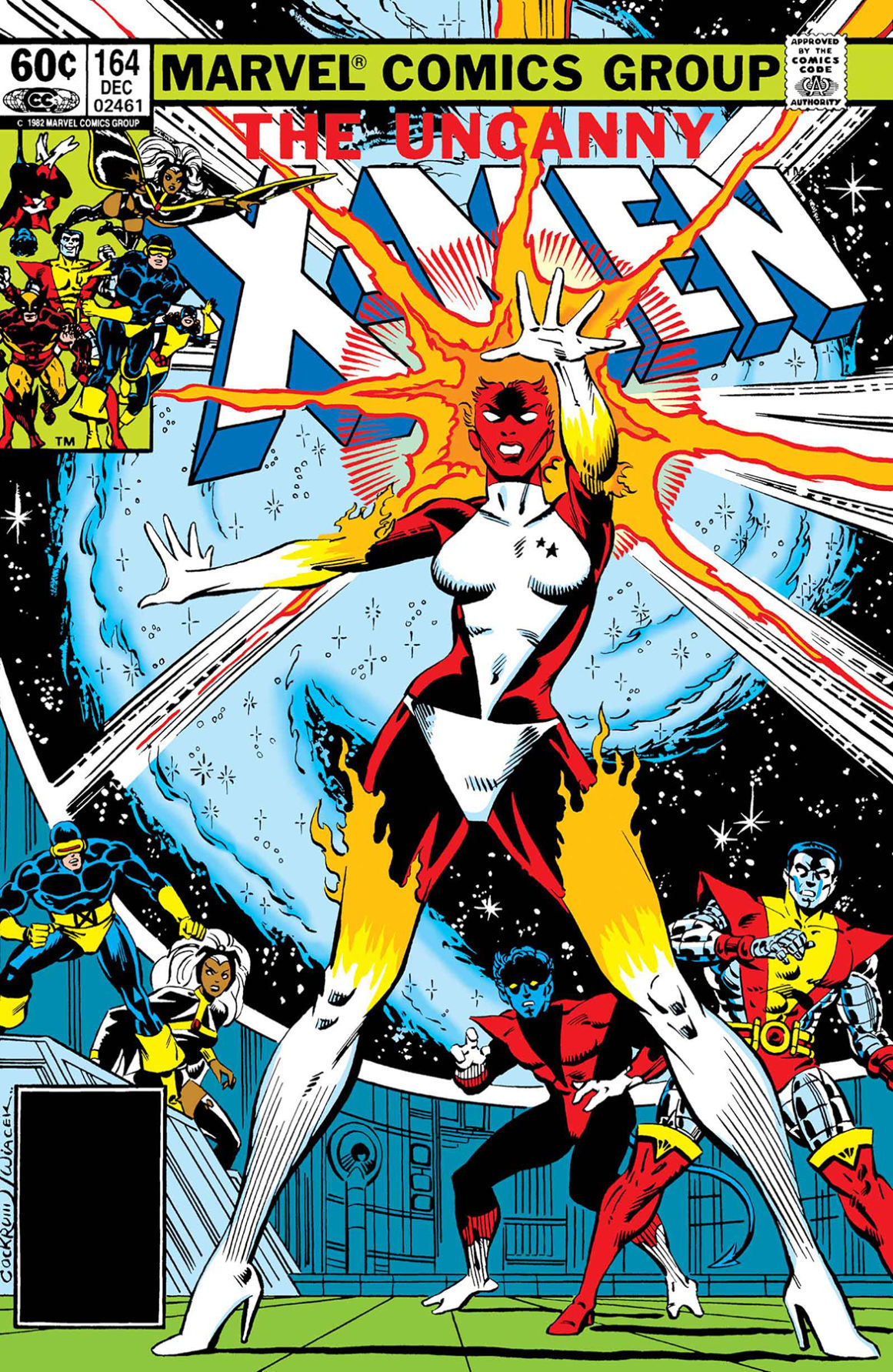 Between "Ms. Marvel" and "Warbird," Carol Danvers was called by the stellar term "Binary," and had an exploding-star look to match. Cover art to "Uncanny X-Men" #164 by Dave Cockrum. (Copyright Marvel Entertainment Inc./TNS) 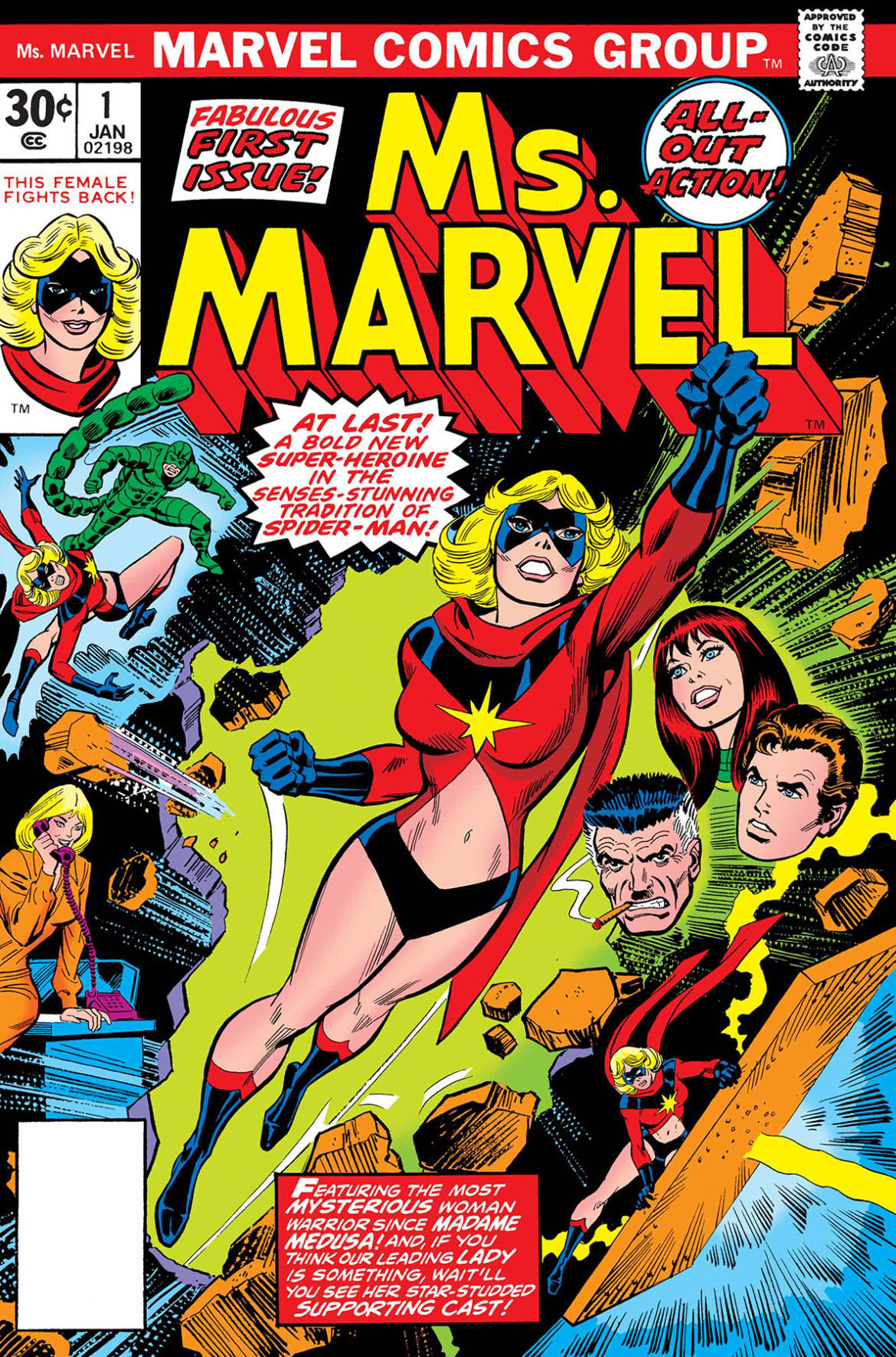 Between "Ms. Marvel" and "Warbird," Carol Danvers was called by the stellar term "Binary," and had an exploding-star look to match. Cover art to "Uncanny X-Men" #164 by Dave Cockrum. (Copyright Marvel Entertainment Inc./TNS)

“Captain Marvel” is heading “higher, further, faster” with a record-setting opening weekend. Audiences will be rewarded with a lot of really cool stuff from Carol Danvers’ long history, including the Starforce, the Supreme Intelligence of the Kree, arch-enemy Minn-Erva and even a glancing take on one of Marvel’s most famous storylines, the Kree-Skrull War.

But there’s a lot of things from the character’s storied history that you won’t see — because they are, for the most part, really stupid.

Carol Danvers was introduced by her commander in 1967 as “the finest head of security a missile base could want!” This was said to a robotics and missile expert named Walter Lawson — who was secretly Captain Mar-Vell of the Kree, Marvel’s first Captain Marvel, who initially came to Earth as a spy before changing teams.

Danvers was definitely ahead of her time. Despite the year, she was no delicate flower. A hard-nosed military officer, she was on to Lawson/Mar-Vell from the start.

“Somehow I can’t help feeling,” she thought, “that Walter Lawson is hiding something! If he is, I won’t rest until I know what — and why!”

And true to her word, she dogged Mar-Vell’s civilian identity until he abandoned it, the missile base and Earth itself a few years later.

In the process, though, Danvers was exposed to a device called the Psyche-Magnitron, which gave her Captain Marvel’s super-powers. Not right away — they emerged in 1977, in “Ms. Marvel” #1. Which made her, unfortunately, little more than a distaff spinoff to a male character, instead of an independent character in her own right. She took a variation on his name, and even dressed like him.

All together now: Bleah.

Marvel righted that ship last year, by revealing that Danvers’ mother was a Kree, Carol’s powers are inborn and her birth name is, believe it or not, Car-Ell. Since Mar-Vell has been dead for decades, we can now pretend that Danvers is the most important Captain Marvel there has ever been — if not the first.

You say you want an evolution

As a character that hasn’t been particularly successful sales-wise (until recently, anyway), Carol Danvers has been subject to a lot of tinkering over the years to find a winning formula. And some of it is strange.

We’ve explained Ms. Marvel — a name she took because she thought she was somehow connected to Mar-Vell, who was still using “Captain Marvel” at the time. And she wore a horrible version of his costume that, for some reason, exposed her belly button. Yes, that’s just the sort of thing women want to wear into combat.

But she eventually came up with a unique outfit that fans still remember fondly. It was essentially a black one-piece swimsuit with a yellow lightning symbol, plus a black mask, thigh-high boots and a red sash — a colorful, well-designed uniform that, if nothing else, protected her midriff.

But the changes didn’t stop there. Eventually she ran off into space with the X-Men and started drawing stellar powers from a white hole. (Long story.) Calling herself Binary, Danvers suddenly had red skin and a head that looked like a star constantly going nova. At this point she was wearing a white variant of her previous look, although when you can fly through interstellar space unprotected you probably don’t even need clothes.

“Binary” didn’t last, and before long Danvers was back in black, back with the Avengers and back calling herself Ms. Marvel. Oh, wait, at this point she was calling herself Warbird. That’s probably the coolest name she has had, and one that will be referenced in the movie as Carol’s call sign as a fighter pilot.

“Warbird” didn’t last either, and Danvers returned to Ms. Marvel in the oughties, despite that name being pretty dated. (It’s currently being used by a teenage superhero in New Jersey — where it remains dated, but is kinda charming.) Finally, in 2012, writer Kelly Sue DeConnick ditched all those missteps, gave Carol Danvers a modified Kree battlesuit and re-named her what she always should have been: Captain Marvel.

It only took 35 years for Marvel to finally get it right.

Demon in a bottle

Back when she was going by Warbird, Danvers was wearing a variation of her groovy black outfit and hanging with the Avengers. Oh, and one more thing: She was an alcoholic.

She got counseling, and remains to this day a recovering alcoholic. Which is cool. But here’s the funny thing: In the comics, so is Tony Stark. And he’s one of the people who counseled her.

In the movies, Stark isn’t an alcoholic, despite the wink-wink-nudge-nudge drunk scene in “Iron Man 2.” He is, however, suffering from PTSD.

Why the change? At a guess, I’d say that alcoholism is too big, too difficult and too complex an issue to wedge into the corners of a two-hour action movie. That wouldn’t do justice to the battles real recovering alcoholics face, nor would it substantially add to a movie plot.

Remember when Carol was “the finest head of security a missile base could want”? That was in 1967. Ten years later, her next job was exactly what you’d expect from a successful career military officer.

She became a magazine editor.

Yes, years after the male Captain Marvel left the Florida missile base in comic book limbo, and Carol with it, Danvers re-surfaced in “Ms. Marvel” No. 1 as the newly hired EIC of New York-based “Woman” magazine. And the guy who hired her? J. Jonah Jameson.

One assumes this move was made to give the new book a Spider-Man connection to boost sales. Couldn’t hurt, right? Anyway, Jameson was at his braying, misogynist worst and when this inexplicable career move was later dropped, you could hear the sighs of relief all across Marveldom Assembled.

This one isn't funny

Clearly, Marvel has made a lot of mistakes trying to make Carol Danvers more interesting. In 1980, though, they published a Ms. Marvel story so awful I’m actually loathe to bring it up.

In “Avengers” No. 200, Danvers was kidnapped by a cosmic being named Marcus, the son of a time-traveling, poorly defined character named Immortus. Marcus brainwashed Danvers, and somehow impregnated her with himself. Danvers gave birth to baby Marcus days later, who grew to adulthood in record time and convinced the still brainwashed Carol to date him.

I don’t even remember the point of all that. I do remember thinking, “OMG, she’s being raped!” And the Avengers? They did nothing. They thought she was in love and celebrated her happy romance.

Readers were, of course, outraged. Later stories tried to course correct. But there’s really no way to fix something so vile, so repugnant. Let’s all just pretend it didn’t happen.

Are we done? Rats — I haven’t even gotten to the story where the X-Men’s Rogue stole Carol’s powers and memory! (Don’t worry, she got better.)

Man, maybe we should just forget all of these stories, and pretend that Carol’s comic book history began in 2012. Better yet, let’s all go to the movies and see the character done right. God knows Marvel tried everything wrong to get there.