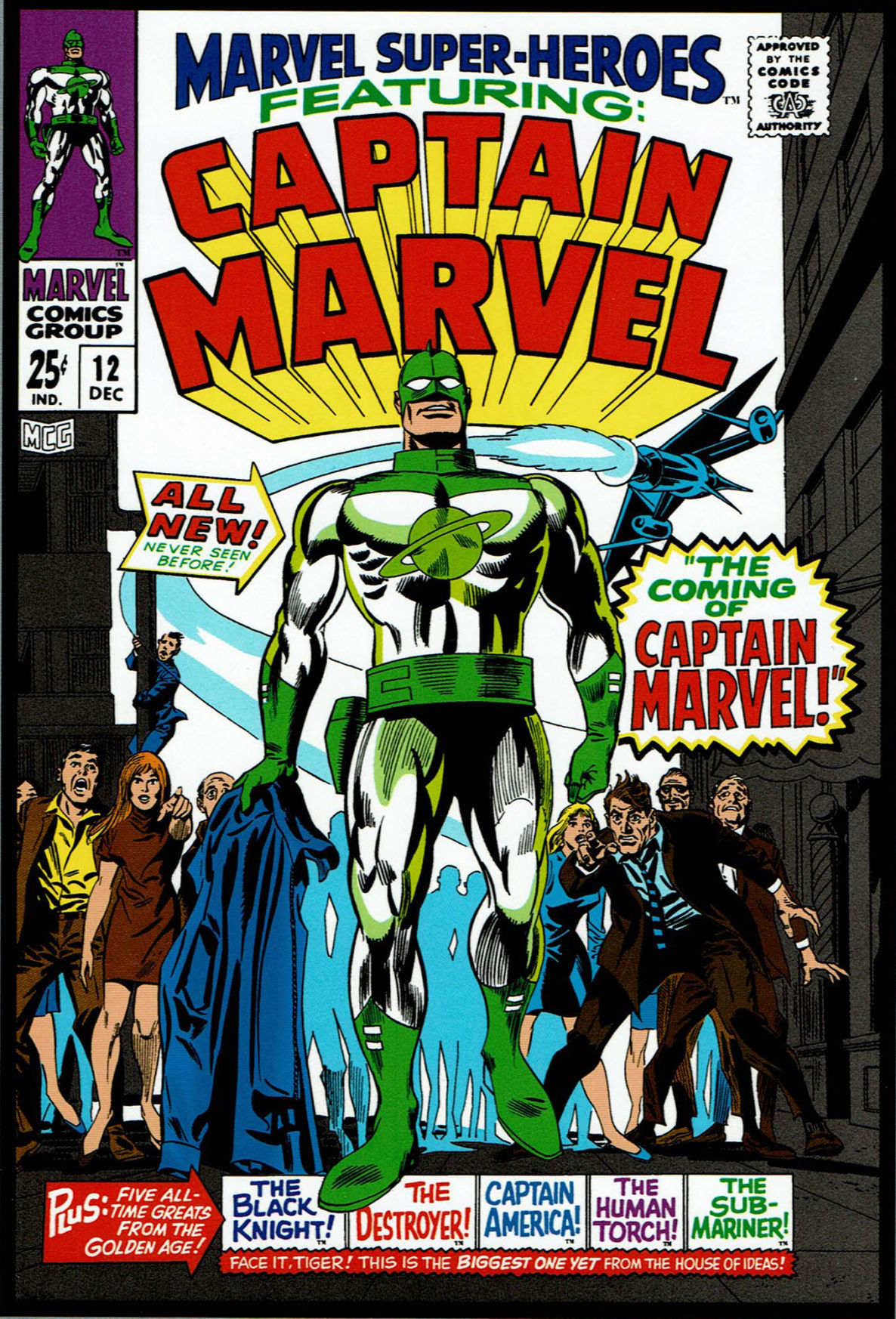 Marvel's first Captain Marvel, Captain Mar-Vell of the Kree, debuted in 1967 in "Marvel Super-Heroes" No. 12. Cover art by Gene Colan. 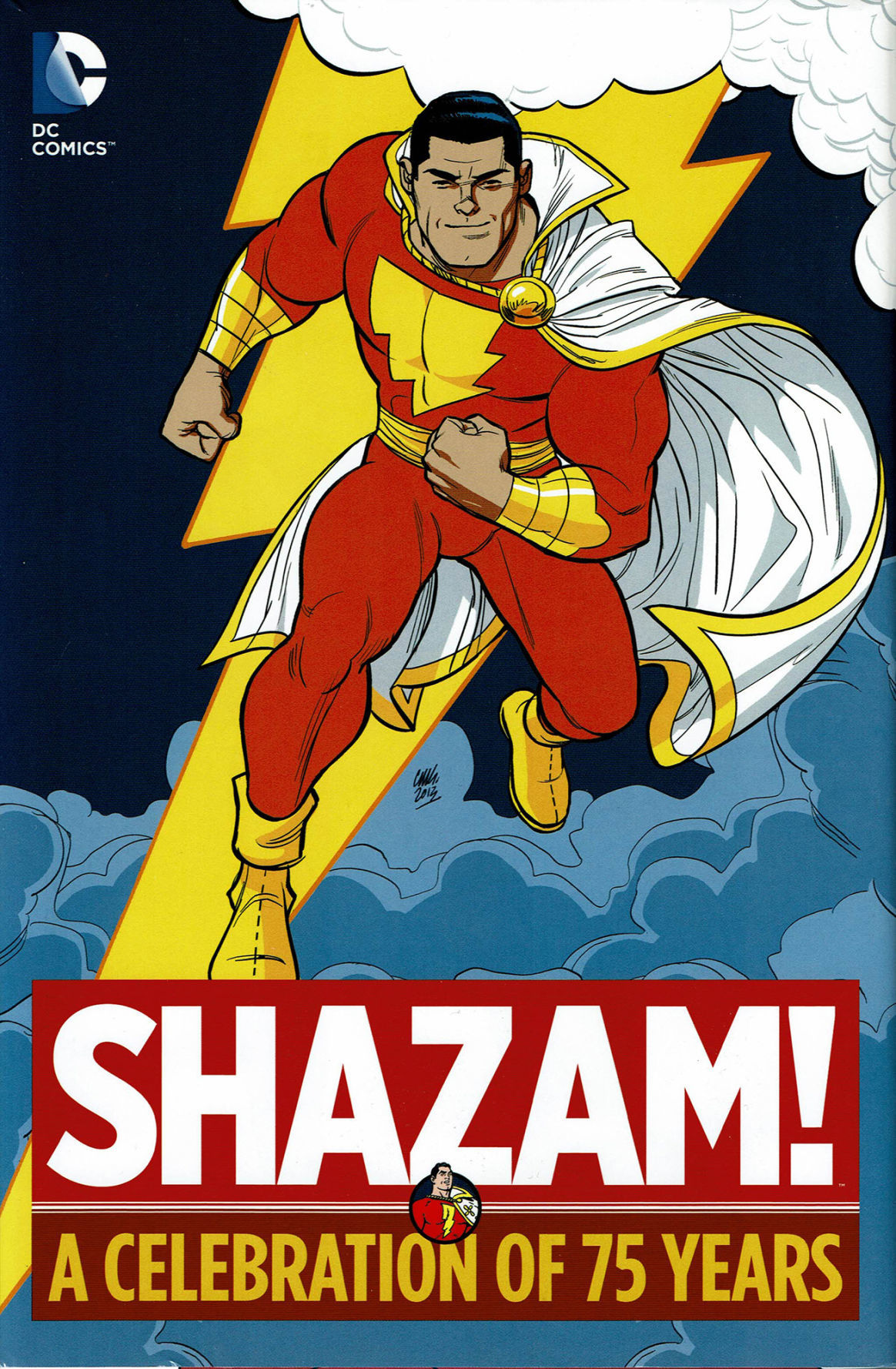 The first Captain Marvel premiered in 1939, but goes by "Shazam" now. Cover art to "Shazam! A Celebration of 75 Years" by Cameron Stewart. 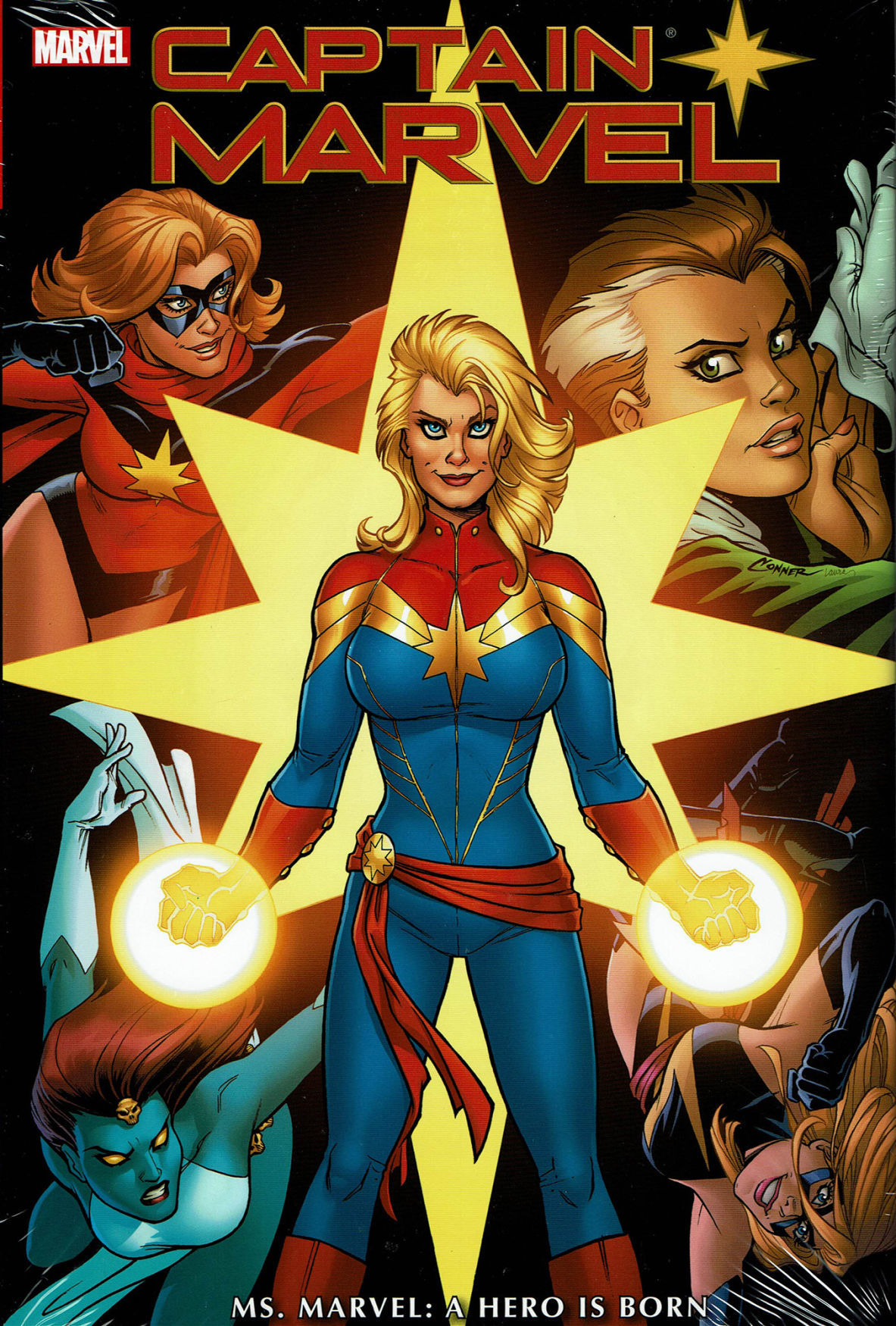 Carol Danvers is now Marvel's Captain Marvel, but has gone through a lot of changes to get there. Cover art to "Captain Marvel: Ms. Marvel — A Hero is Born" by Amanda Conner.

But given those movies, the long strange history of the name “Captain Marvel” must be addressed. And it’s a doozy.

The Shazam guy, it should be noted, was the first, original Captain Marvel. Debuting in “Whiz Comics” No. 2 (1939), from Fawcett Comics, young orphan Billy Batson was able to turn into the adult, super-powered Captain Marvel by saying a magic word: “Shazam,” the name of the wizard who gave him his powers.

Those powers included flight, super-strength and invulnerability — which he shared with another famed superhero, Superman. And Billy Batson became a journalist (a radio reporter), an element he shared with Clark Kent. The publishers of Superman, the forerunners of today’s DC Comics, decided that was enough to sue “The World’s Mightiest Mortal” for copyright infringement.

The lawsuit dragged on into the 1950s, and eventually Fawcett threw in the towel. They got out of the comic book biz altogether in 1953.

Without anybody protecting it, the trademark for the name “Captain Marvel” fell into public domain. Anybody could use it. And the first company to do so was a tiny firm called M.F. Enterprises.

The new Captain Marvel launched in his own eponymous title in 1966. It only lasted four issues, though, because the whole concept was utterly terrible.

For one thing, he wasn’t a he — he was an it. The new Captain Marvel was an alien robot, sent to Earth to escape the nuclear destruction of his home world. He had jet boots and laser eyes, but that wasn’t his main, or most memorable, super-power.

That would be his ability to break apart into six discrete parts by yelling the word “Split!” His arms, legs and head would separate from his torso, and all those parts would go into battle separately.

Yeah. The awful image that just crossed your mind is entirely accurate. Somebody actually thought that was a good idea.

As noted, though, the M.F. Enterprises Captain Marvel didn’t last long. But maybe it lasted long enough to alert Marvel Comics that the name “Captain Marvel” was up for grabs. And if you’re “Marvel Comics,” wouldn’t you want that name?

And they got it. According to the book “Slugfest,” Marvel actually nudged M.F. Enterprises to get out of the Captain Marvel business, and threw in a $4,500 sweetener.

And lo, a Marvel Captain Marvel was born. An anthology title, “Marvel Super-Heroes,” introduced Captain Mar-Vell in 1967. A spy for the Kree Empire, Mar-Vell was assigned to Earth, specifically to Cape Canaveral, where he took the disguise of dead rocket scientist Walter Lawson.

Unfortunately for Mar-Vell, Lawson had a criminal past, and he immediately became an object of suspicion for the Cape’s tough head of security, USAF Captain Carol Danvers. More on her, anon.

Needless to say, Mar-Vell didn’t stay a bad guy for long. He came to love Earth and began fighting for her in his green-and-white Kree uniform, which we gullible Earthlings assumed to be a superhero costume. Going by the name Captain Marvel — a corruption of his actual name and rank — Mar-Vell graduated to his own series, where he fought aliens, met Avengers and was given super-powers by mysterious cosmic entities.

Oh, wait, that last part probably deserves explanation. A cosmic intelligence named “Zo” informed Mar-Vell that he was destined to be the “balance” of the universe, and in concert with the Supreme Intelligence — an amorphous blob of minds that leads the Kree — remade Mar-Vell. He gained flight, super-strength, great resistance to injury and “cosmic awareness,” a sort of universal clairvoyance or precognition.

He also gained a snappy red, blue and gold super-suit — and his own Billy Batson, sort of. Writer Roy Thomas tipped his hat to the original Captain Marvel by sending the new version to the Negative Zone, where he could only be freed when ubiquitous sidekick Rick Jones changed places with him. Instead of yelling “Shazam,” teenage Jones would clang together cosmic wrist jewelry called Nega-Bands — “Ktang!” — and be replaced by the adult Mar-Vell. Mar-Vell could reverse the swap by ktanging his own Nega-Bands together.

But all good things must come to an end, they say, and Mar-Vell did as well. In a shocking twist, he died of cancer, in the aptly-named “Death of Captain Marvel” graphic novel (1981). Which freed up the name “Captain Marvel” again.

Marvel wasn’t about to let it get away, especially since DC Comics had acquired the original Captain Marvel. Unable to use the name on covers due to Marvel’s trademark rights, DC had begun publishing the first Captain Marvel in all his glory in a series titled “Shazam” in 1973.

So Marvel created another Captain Marvel in 1982: Monica Rambeau, a police lieutenant in the New Orleans harbor patrol. Able to transform herself into any kind of energy, Rambeau has been poorly used in comics, ceding the name Captain Marvel in the 1990s and taking in succession the names Photon, Pulsar and Spectrum before more or less fading into comic book limbo. (A character named Monica Rambeau will appear in the “Captain Marvel” movie, so she’s got that going for her.)

And to whom did Monica cede the legendary name? Why Genis-Vell, Mar-Vell’s formerly unknown biological son. Despite the blood connection, though, he didn’t last in the role either, taking the name Photon (again, from the hapless Monica Rambeau) before dying, being dismembered and having his parts spread throughout the Darkforce Dimension so they can never be reunited. (It’s true that no one is ever really dead in comics, but this comes pretty darn close.)

Did I mention Genis had a sister? He did, and his sibling Phyla-Vell also became Captain Marvel for a spell, before changing her name to Quasar, then Martyr and apparently dying (although we’ve seen her soul in an infinity stone, so don’t count her out).

Then a Skrull named Khn’nr wore the Nega-Bands, and was brainwashed into thinking he was Mar-Vell, somehow resuscitated. After he died, another Kree named Noh-Varr claimed the bands and the name, before changing his nom du combat to Protector.

Gee, that’s a lot of Captains Marvel. A cynical mind might assume Marvel was just assigning the name to one character after another to protect the trademark.

But now it’s finally stuck. Remember Carol Danvers? You should, because she has claimed the mantle, and with her upcoming movie, is unlikely to ever give it up.

But she didn’t get the name right away. She surfaced as a superhero in 1977 with her own comic book and Captain Marvel-related super-powers. Unfortunately, Mar-Vell wasn’t dead yet, so she settled on the name Ms. Marvel. Various adventures saw her changing her name again and again, but “Captain Marvel” was never available when she did. She become Binary, then Warbird, then Ms. Marvel again.

Finally, in 2012 she was again ready to change her name, and nobody was using “Captain Marvel.” So, now she’s got it. Whew!

Meanwhile, over at DC Comics, Captain Marvel struggled along without being able to use his name on a cover. With one series after another using some variation of “Shazam” as a title, fans began calling him that — and now it’s official. With its 2011 reboot, DC gave up on “Captain Marvel” and renamed Billy Batson’s other self “Shazam.”

And that’s why when you say “Captain Marvel” to a comics fan, he or she will inevitably say “which one”? It’s a storied title, but the stories star a lot of different people!