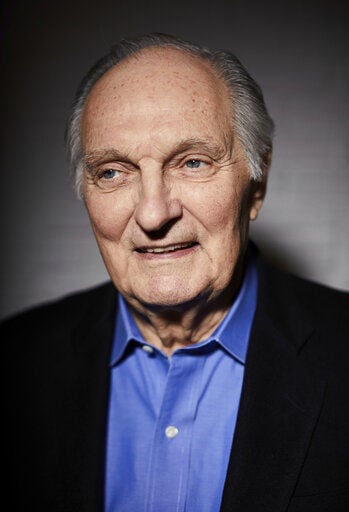 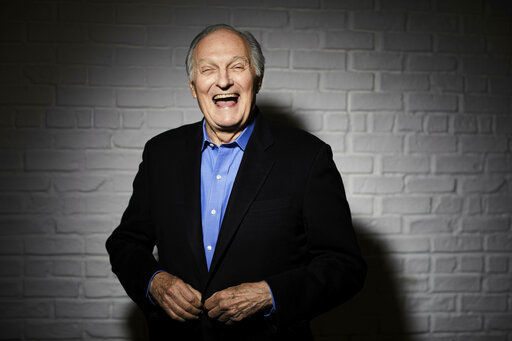 Alan Alda received a lifetime achievement award from the Screen Actors Guild, celebrating his years of activism, Emmy Awards and an Oscar nomination. Read about it at TelegraphHerald.com/the_mouth. 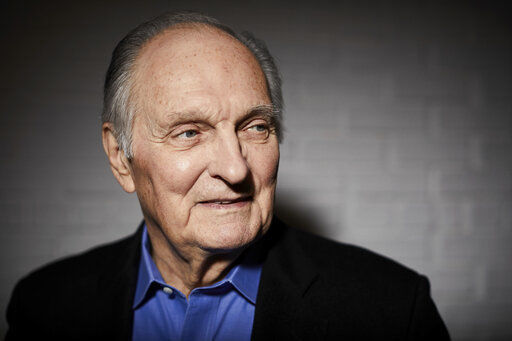 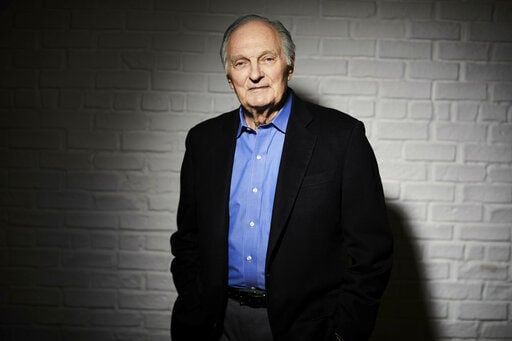 Alan Alda received a lifetime achievement award from the Screen Actors Guild, celebrating his years of activism, Emmy Awards and an Oscar nomination. Read about it at TelegraphHerald.com/the_mouth.

And one that continues to thrive, despite a diagnosis of Parkinson's disease.

At 82, Alda is still practicing his craft, describing the idea of retirement as "a living hell."

"Thank goodness I'm still working and having fun. I'm doing 'Ray Donovan' and 'The Good Fight' and anything else that comes up that looks like fun to do," the actor told The Associated Press in a recent interview.

"And I I've been training and doing about a dozen things to hold back the progress of Parkinson's, which is pretty, you know, pretty successful. I'm still able to work and I do everything else that I do with a full heart," he added. "It's not at a point where it upsets me at all. I just cope with it, so I'm doing fine."

Alda is best known best known for his yearslong stint as Captain Benjamin Franklin "Hawkeye" Pierce on the iconic television sitcom, "M.A.S.H." He also co-wrote and directed the series finale, "Goodbye, Farewell and Amen," which was the most watched series broadcast in American television history, drawing 105 million viewers.

His resume also includes feature films, including "Same Time, Next Year" and "The Aviator," for which he was nominated for an Oscar, to TV shows including appearances on "30 Rock."

Alda also has been involved in numerous charities and organizations that have supported children's causes and women's issues, including his support for the Equal Rights Amendment nearly 40 years ago.

He hopes the legacy that endures, even more so than his acting, is his social activism, particularly when it comes to his work with the Alan Alda Center for Communicating Science at Stony Brook University in New York. The center works to bridge the gap between scientists and the public, and uses acting techniques, such as improvisational theater exercises, to help make their message more relatable.

"I'm not going to notice what happens after I'm dead. But I would like to leave behind something of use to other people, and the work that I do on helping people communicate better is the only work I've ever done where I hoped it would not only still be there after I'm gone," Alda said, adding that the center has trained more than 12,000 people in the medical and science professions.

"I'd like the whole world to benefit from it. So, maybe 50 or 100 years after I'm gone, it'll be better and more widespread than it is now," he said.

One initiative with the foundation is to "level the playing field" by training more women in the sciences because, as Alda says, "I'm still a concerned feminist."

He sees that same commitment to equality at SAG, especially with the awards ceremony's executive producer, Kathy Connell. She has helmed the show since its inception 25 years ago, and was the first woman to produce a major awards show.

"I think the people who represent the actors, the union that represents the actors can be and has been influential in helping the image of who we are as a country, as a culture, be represented on screen a little more effectively. So, I'm very happy that there's this effort to do that by our guild."

Alda has often portrayed affable, nice guys on screen, which he says often comes from the script. But when being regarded as a nice guy in real life, well, that's something he attributes to his soul mate, his wife of 61 years, Arlene.

"Most of the good intentions I have come from my wife who helped me become a person better than any other person I can think of. So, I'm indebted to her. Not for what I have and what I do, but for who I am to a great extent," Alda said.

And that's what keeps him going.

"I'm always busy working and when I'm not, I can't imagine not doing that except for when I sit down and play a card game on my iPhone," Alda says.

He recalls the words of his late "M.A.S.H." castmate, Wayne Rogers, who played, Captain "Trapper" John McIntyre on the show.

"I'm having fun. My friend Wayne Rogers used to say don't forget, fun, fun, fun. And he had fun."